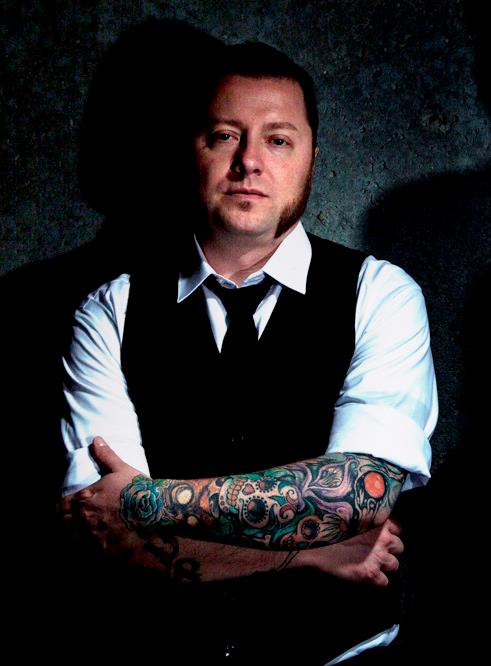 Musical past and present in one rambling run-on sentence: I come from a long line of guitar players all the way down to my dad so naturally I started playing drums at 11yrs old, first band at 13 (metal), played in highschool band and some jazz lessons in college time frame, moved to Missoula in 96 and played in Spy Kiss, Fuse, Superfire, Ouija, Thetan Revival, Maria, The New Hijackers & The Cold Hard Cash Show as well as some fill ins throughout the past recent years.

“White collared conservative flashing down the street, Pointing their plastic finger at me. They’re hoping soon my kind will drop and die, But I’m gonna wave my freak flag high, high. Wave on, wave on. Fall mountains, just don’t fall on me. Go ahead on Mr. Business man, you can’t dress like me. Sing on Brother, play on drummer.” -Jimi Hendrix “If 6 was 9”

Hmm… I’m always willing to help? I don’t know, you’d have to ask them 🙂

My drums, guitars and guns……..Gawd that sounds so white trash.

Being in a Tribute band that fits in so many situations we get hired for a lot of private parties and festivals and such which has put us in the presence of a lot of high profile people and musicians and have been blessed to have played with a number of them as well so I kind of got over the star struckness of it all but I think Page, Plant or any of the Stones or Elton would be a pretty nervous time.