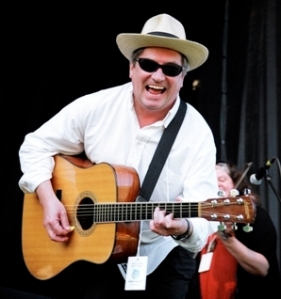 Currently residing: Vancouver BC (East Side)

First paid gig at 15 years old in the brutal working men’s club circuit back home, then on the North-Eastern English folk club scene, then Hawkwind-style space rock then prog-folk and on to new-wave then up to Newcastle upon Tyne for northern soul/ska and political world pop and a quick burst with 80’s hitmakers The Kane Gang…to Vancouver BC all sorts of music including funk and dance leading me back to folk roots and Celtic/folk …Got Fear of Drinking twice in my beloved East Side haunts on Main Street…played with The Arrogant Worms…did some producing…released 2 CDs of songs about Newcastle United Football Club …Artistic Director at Vancouver CelticFest…writer for Penguin Eggs…recorded a few Beatles tribute songs and now on to 2 theme songs for Geordie charity runner Mark Allison’s historic sponsored run which will take him across the whole of the USA in 2011…with a bit of other random shit in between for good measure.

The devil at the crossroads

St. James Park, Newcastle upon Tyne (when we are 5-0 up against Sunderland)

In my own private box with my rich and famous pop star friends at St. James Park, Newcastle upon Tyne (when we are 5-0 up against Sunderland)

One thought on “Nine Questions with Tim Readman”